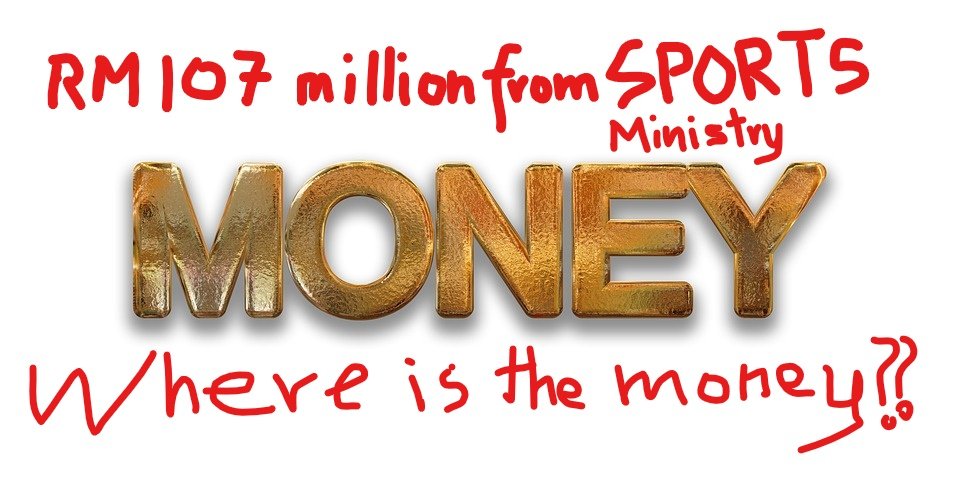 What happened to the investigation into RM107 million which had been embezzled, over six years, from the Ministry of Sports?

Why have we not heard about the outcome of this corruption case from Khairy Jamaluddin, the Sports and Youth Minister? Perhaps he is too busy being a polo champion and taking selfies in the South East Asia (SEA) Games.

The last we heard was that the MACC had arrested a few people. That was in march 2016. After that, the news fizzled out.

RM107 million, taken over a six year period, works out to approximately RM18 million per year. That’s a lot of bungalows, at RM2.8 million each. Or Hermes handbags. Or fine jewels. Or first class tickets to and from New York, via Europe’s best capitals for shopping and culture, for several families and their hangers-on. And a lorry load of Manolo Blahniks and Jimmy Choos.

The RM107 million corruption racket, at the Youth and Sports Ministry, appears to have taken everyone by surprise. How come? The rakyat wasn’t surprised.

We know that many people have been milking the system. Whistleblowers are punished, to scare-off others who may be willing to testify that there is hanky-panky in government departments.

When a corruption scandal is exposed, the outcome depends upon who is involved.

A powerful figure will ensure that his or her name remains blemish-free. The investigation takes forever, and at the end of it, only the small fry are prosecuted.

If this seems to give an unfair description of the actions of the police and the Malaysian Anti-Corruption Commission (MACC), then perhaps the authorities need to buck-up and regain the confidence and trust of the rakyat.

Khairy does not know the meaning of being responsible

In March 2016, the Sports Minister, Khairy, accepted responsibility for the RM107 million corruption racket, by saying. “I did not know”.

So, did he offer his resignation? Will pigs fly?

This Oxford educated man does not know the meaning of being responsible. He is not aware that claiming ignorance, is not the same as “accepting responsibility”.

His predecessor, Ahmad Shabery Cheek claimed the same, “I was unaware that it took place.”

In typical fashion, Najib Abdul Razak said he was disappointed that “… it happened for a number of years, without detection.”

This the quality of all our Umno-Baru ministers.

If the corruption had happened in front of their eyes, or if they had been informed about it, it is doubtful they would do anything to address the issue.

There have been cases, in recent history, where corruption was discovered, but the rakyat and investigators were browbeaten into silence, and various excuses given to pretend that nothing untoward had happened.

When the corruption racket was exposed, it was reported that civil servants could continue to work, until they were charged. Khairy said, “According to government procedures, officers are only suspended from duty once they have been charged in court… so the suspect has not been charged in court as of today, he is in remand under MACC, but he has not been suspended from duty.”

That was the last we heard from him.

What is the outcome of the investigation?

So, Khairy, what happened to the RM107 million?

Has the money been recovered?

Who has been punished for stealing this money?

Stop avoiding the issue and do your job for once.