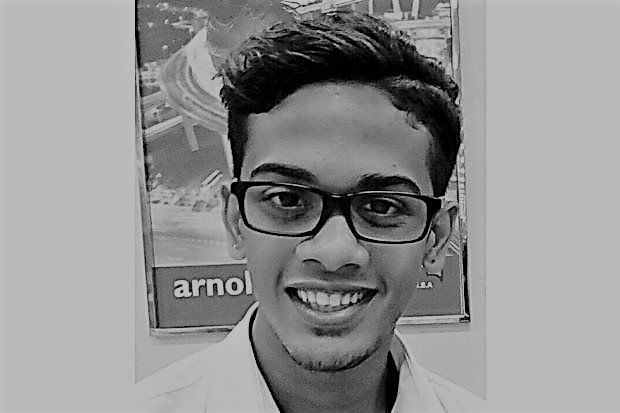 Every parents’ worst nightmare is to predecease their children. It is one which fills them with intense sadness.

So, why are so many of our young, dying senseless deaths from being beaten? Is there a culture of violence in our society? Are parents, schools and community leaders failing our youth?

What is the root cause of this anger, this undercurrent of violence against those who are deemed to be different, for being slow at their studies or for making noise, as in Thaqif’s case? Do people not question whose whom they believe have stolen something. before beating them?

The bullying and deaths would not have happened, had there been adequate supervision at the hostel, or university campus, and parents exercising discipline at home.

Culture of violence in our society

Two weeks ago, 21-year-old navy cadet, Zulfarhan Osman Zulkarnain, a student at the Malaysian National Defence University (UPNM), died of his wounds. He had allegedly been bound and tortured over two days by fellow students. The instruments of torture used were a belt, a rubber hose, a steam iron and a clothes hanger.

Zulfarhan’s university friends had taken him to a clinic in Bangi for treatment. First, on 7 May, six days after the alleged torture, and again, on 31 May. When he took a turn for the worse, on 1 June, he was rushed to Serdang Hospital but died from his injuries, two hours after his hospital admission. Eighty percent of his body was covered in bruises and scald marks.

The police have rounded up 36 students for questioning and a murder investigation is being initiated.

Zulfarhan’s mother was shocked to hear that he had been beaten, for allegedly stealing a laptop, but hit back and said that her son had no reason to steal one, as he already owned one. She claimed that some of her son’s things had been stolen, like his phone, because he had to use a friend’s phone to tell her that he was unable to return home for Raya.

A few months ago

In April, 11 year old Mohd Thaqif Amin Mohd Gaddafi died, allegedly from the wounds he sustained after a beating by his religious teacher. The teacher has been released on police bail. Thaqif’s body was exhumed for a second post mortem. The results have not been released, despite an earlier promise. Why do the parents have to go through another round of heartache?

On 10 June, 18-year-old student, T Nhaveen from Penang, was beaten, sodomised with an instrument, his private parts injured and his back burned, by a group of disaffected youths, some of whom, were his former schoolmates. First they teased him for being effiminate, then they beat him senseless. For many days, he was brain dead in the Penang Hospital, and succumbed to his injuries, five days later . He was due to start college, in Kuala Lumpur, the following week. A young life snuffed-out, just like that.

Did no one see or hear anything?

In the case of Zulfarhan, did the clinic not see the extent of his beating and how badly burnt he was? Why did they not alert the police, because this was no ordinary, everyday injury?

Was there no warden, at the university lodgings, to check on the welfare of the students? Zulfarhan must have been in considerable pain. Had no one, not even his lecturers, noticed?

In Thaqif’s case, why did no other member of staff censure the assistant warden for severely beating his students?

Were there no witnesses when Nhaveen was beaten near the padang? Did everyone shut their curtains and ignore his screams for help?

One can see the damage done by the Minister of Health’s competition, to produce a video about LGBTs. It is potentially dangerous, as it gives some people the moral entitlement to beat others, for displaying LGBT tendencies.

The Minister of Defence, Hishammuddin Hussein, is right to say that he will get to the bottom of Zulfarhan’s death.

Students are the common thread in these deaths.

Will the Ministry of Education wake-up and tighten processes and procedures in schools and universities?  He must ensure that lessons are learnt, instead of sweeping the problems, under the carpet.