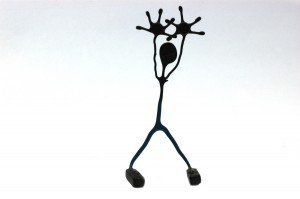 In November, three decades would have passed in the atrocity known simply as the Memali massacre. It is one of the worst incidents of bloodshed in modern Malaysian history, when government forces opened fire on harmless farmers in a small village in Kedah.

In the early hours of Nov 19, 1985, several Police Field Force units surrounded Memali, before launching an attack on a small group of villagers holed up in one house. By noon, 14 men had been murdered in cold blood. Four police personnel also died under friendly fire.

The object was to detain one man, the charismatic and influential ustaz (religious leader) – also a successful radio and TV commentator – popularly known as Ibrahim Libya (right).

The victims were cut down in a hail of bullets from M16 assault rifles. Young and middle- aged men had been shot in the head or back.

One of them, Wan Piah Yunus, received multiple bullet wounds, but miraculously survived, only to be detained under the Internal Security Act (ISA) once his treatment at the Sungei Petani hospital ended.

One wonders. Why did the police, having blocked all roads into the area and surrounded the house, did not simply sit it out and wait?

“Tiga hari saja (three days only)”, said one eyewitness who was 11 at the time. He explained that 100 core defenders could easily have been starved out, because they only had food and water for three days.

Despite the passage of 28 years, the shock of the massacre and the bloodbath has not worn off. Questions remain unanswered. Many facts surrounding the events do not add up. Many official statements lack conviction. Was there evidence of foul play?

On the evening of Nov 18, 1985, around 3,000 police personnel were mobilised, ostensibly to prepare for an attack on a communist camp near Baling. Why were they allegedly told this lie?

Concerned Muslim police personnel voiced unease about attacking while early morning prayers were under way. At dawn, with the cover of darkness gone, volleys of tear gas were lobbed into the perimeter of the house.

An armoured car forced the gates open. When the villagers refused to surrender, the order to open fire was issued and the house sprayed with bullets. Why the use of excessive force?

The detailed mopping-up and forensic evidence, if it has been made public, would have been interesting. As this was not a wartime incident, how many bullets were discharged to ensure success?

Official reports contradict eyewitness accounts with villagers claiming there were between 3,000-4,000 police persoonel, but the authorities set the number at 200.

Today, not many people are aware of the massacre. Malaysians rarely question their leaders and many believe the misleading accounts printed in the newspapers in 1985.

Today, the spectre of Memali is used as a campaign strategy before a general election, to frighten the masses and warn them of the dangers of deviant Muslim sects. Like the magician who pulls the rabbit out of his hat, Umno Baru’s rabbits are the Memali incident, the communists and the Chinese.

The Memali massacre has never been fully explained and confusion reigns to this day. The prime minister at the time was Dr Mahathir Mohamad. With our present knowledge of Mahathir’s methods, does anyone really have faith in the official White Paper? How ironical that the White Paper is simply whitewash.

All fingers pointed to Musa Hitam, the acting home minister, for pulling the metaphorical trigger. At the time, it was reported that Mahathir was in China on an official visit; but was he?

We know that he wasn’t because all we had to do was check press reports of when Mahathir arrived in Beijing. Why did no one mention that Mahathir was still in Malaysia at the time of the massacre? Why did Musa Hitam take 29 years to reveal what some of suspected – that Mahathir was in town, and probably directing operations? WHy did Musa allow people to think he was responsible? Why?

According to various reports at the time, the official visit to China started on Nov 20. Beijing is just six hours away. Normally, when Mahathir leaves on an official visit, his departure is a state occasion. Most of the cabinet will parade to bid him farewell and the event will be well publicised.

The authorities decided to detain Ibrahim under the ISA in September, but his followers commanded a strong defence of their leader.

Ibrahim agreed to cooperate, but only if he were given a fair hearing and not subjected to detention without trial under the ISA.

Ibrahim’s continued resistance to the ISA sealed his own fate. Memali does seem like a political conspiracy, to silence a political rival, and many facts suggest this theory.

Members of the Al-Arqam sect had been rehabilitated. If Ibrahim and his followers were accused of being deviants, why did the authorities fail to rehabilitate them? Why did the National Fatwa council not issue a fatwa against Ibrahim?

Ibrahim was supposed to be shielding communist subversives. Where were they hiding?

Ibrahim was reported to have amassed an arsenal of dangerous weapons. That alleged stockpile remains hidden, to this day.

Ibrahim was accused of building a fortress, the base for his revolutionary movement which he would use to topple the federal government. No fortress has been found.

The remaining survivors and several villagers were incarcerated under the ISA. Why were they released, without charge four months before the 1986 general election?

The widows received a derisory amount of compensation. Why would a payout have been made, unless the victims had been wrongfully attacked?

If Ibrahim was a penderhaka (traitor), why did the Kedah sultan (currently the Agong) visit his grave at Kampung Parit Panjang to pay respects? The act of praying and pouring air mawar on a grave is a highly significant act, in the eyes of the rakyat.

It is alleged that the sultan did not do the same for the four police personnel who died in the incident.

The Umno Baru government would like to hide the Memali massacre, but is failing in its effort. The only act of terrorism that has been committed was the one perpetrated by the Umno government.

Memali is a most graphic illustration of Umno Baru’s true political agenda. It also serves as a warning to all political parties, that all forms of nationalist and religious extremism are harmful. Blind political allegiance is just as wrong as blind religious fidelity.

Truth and transparency are vital in any democracy and the more Umno Baru wants to hide Memali, the more we will view them with suspicion. Umno Baru fears the rakyat, because of what they might uncover when searching for the truth.

The slaughter and betrayal of the people of Memali, is a story that Umno Baru wants to forget. A royal commission of inquiry may provide some answers and useful lessons for the future, but it wonâ€™t bring back the dead.

We need to know who ordered the massacre and the events that led to the bloodbath. Then, the perpetrators should be sent for trial.

The massacre was shocking but worse is that, despite the brutality and carnage, it is alleged that no senior cabinet member, neither Mahathir nor Musa, paid a visit to Memali to offer their condolences, their respects or to apologise for what transpired.

Significantly, it was claimed that Anwar Ibrahim was the only one to visit Memali, but that he had to wait until he left Umno Baru before he did so.

Umno Baru wants to assert control over the villagers and to exploit them for political expediency. Ibrahim Libya died a martyr. He was also the victim of a political assassination. So, who pulled the trigger on Memali?