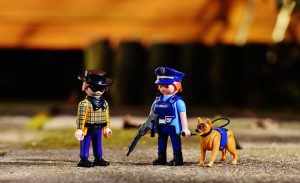 The first line said, “A “Datuk Seri” was among 22 men charged in a Sessions Court here with being members of an organised criminal group, the notorious Gang 24.

“Ng Chian Sia, who got his title from Pahang, was charged together with……( a list of other gang members…please read the article by clicking on the link above)…”

The police chief, Chuah Ghee Lye said that Gang 24 is “known for its protection rackets and illegal moneylending.” The men who were arrested ranged from 24 to 55 years old.

Last December, Gang 24’s second-in-command, who was also called “Datuk M”, short for Datuk Muda, because he was only 32 years old, had been shot dead by his bodyguard in his car, somewhere near the Penang bridge.

Today’s article said that  “Gang 24 became a “super gang” after it merged with the Sio Sam Ong (Three Little Emperors) gang which was behind the slaying of six people in Sungai Petani during a pre-wedding dinner in September 1992.”

1. Why are the police arresting a Datuk? Especially a Pahang Datuk. What happened to respect for Datuks?

2. In the olden days, only old people, who dedicated their life to public service, became Datuks.

Pahang officials are quick to acknowledge and recognise talent, and reward these able young men.

3.  If I  remember correctly, the Gang 24 leader who died last December could not speak Malay. Perhaps, the late Datuk had spent most of his young life abroad. Perhaps, he went to an “International School”.

When you speak the language of money, you do not need to be proficient in a specific language.

4. In the”Datuk” application form, leaders of gangs which are involved in illegal moneylending and protection rackets, fill out the column under “Profession” with  “banker” (aka Ah Long executive) and “Security services” (Protection racket).

In Pahang, these is no discrimination between crooks and conscientious citizens.

Crooks can be awarded Datukships….it is part of the rehabilitation process to make gang members more acceptable to society.

Some Malaysians grovel in the presence of a Datuk. So, when you give a gang leader and his deputy Datukships, we tend to treat them with more respect. The gang member can then mix and mingle in high society, where most of us do not belong.