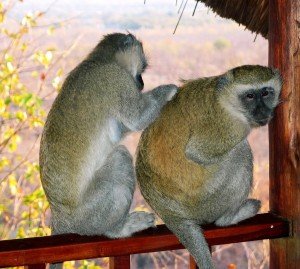 Deputy PM, Zahid Hamidi warned Umno-Baru members, and said that to win GE-14, the party needed to field popular candidates with a good chance of being elected.

Oh dear! Isn’t the answer obvious to him and his peers?

What is Zahid’s definition of popular?Â  Is the person who makes empty promises, and the generous “donor”, who shares taxpayer’s money amongst his inner circle, popular?

Who is a winnable candidate? The person who “wins” using underhand tactics is not a winner. He is cheating.

The allegations of migrant workers being offered votes in exchange for work in Malaysia, have been dismissed. The Election Commission was reluctant to act.

These “popular” and winnable candidates should try winning people’s hearts with hard work, good deeds, and by keeping their word.

Zahid said, â€œOur objective is to win and form the government.Â  Being merely a leader for a long time is meaningless.â€ (sic)

It appears that clinging to power is an Umno-Baru trait.Â  Former Umno-Baru ministers, and a PM, are also trying to hog the limelight – the same people who said nothing when in power. Their allegations of money politics and cronyism did not happen overnight!

So, has Zahid told his boss about leaders who want to lead for a long time?

Or is he subtle hinting to his boss, toÂ  step aside for him?

Zahid should advise his peers, especially those who have spent 99% of their working lives in Umno-Baru, benefiting from the system they set-up, and propping-up a party which has outlived its purpose.

Umno-Baru politicians are only focused on their own interests. Not the rakyat’s.

Without the alleged practise of “money to buy favours”, does Zahid honestly think Umno-Baru can win elections?

The party cannot even compete fairly, to choose a primary class monitor. Many party members function like street gang members. If you do not agree with the party line, they send their street menaces, to rough you up, to make you “see” sense.

Umno-Baru is like a cult which gives preferential treatment, to its members.

Zahid said, “Umno-Baru looks after its house well, regardless of its occupants, if they (occupants) leave the party they would become the victims of others.

â€œThus we have to defend our fortress in the coming GE and to seize back the seats that were lost in the last GE.”

Zahid claimed that Umno-Baru was a mature party, and “… could accept any differing opinion but it could not compromise on principles.”

This is how the party treats dissenting members. No compromise. No discussion.

Zahid and the rest of Umno-Baru members have lost all principles and are only in government for their own power. That is not difficult to see.

So, when are the party members leaving? And will they leave quietly?