Multatuli is furious with the current MB who is no better than previous MBs. They waste taxpayers’ money instead of putting the money to good use, to help budding entrepreneurs develop the state. 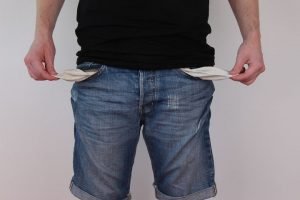 Multatuli says: A fool and his money are soon parted.

Except it’s no laughing matter when it is the rakyat’s money.

But politicians don’t care as long as it’s not  their money.

It’s not just now but Perak has more than its share of fools leading it over a long period. It goes back a long way. But just to take three examples. 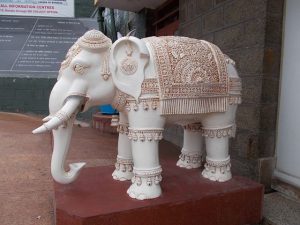 We had an MB who claimed his great grandfather was the hero who killed James Birch (the first British Resident of Perak). History books (the ones we read – before it was altered to suit the Malay Ketuanan narrative) has it that it was a sakai – Orang Asli – who speared Birch when he was having his bath. Okay probably the Asli was ordered to do it by this guy’s great grandfather who was too cowardly to do it himself. Aslis  are by nature gentle people and they have no reason to kill Birch anyway. Anyway if you think spearing someone when he is defenceless is heroic then apa mahu buat?

Anyway this MB built a resort with a beautiful timber convention hall in Pasir Salak where Birch was killed. So tourists will come all the way from overseas to Perak and then drive to Pasir Salak just to see where Birch was murdered. Needless to say the State lost money hand over fist and Perakians had to pay for this guy’s ego trip. 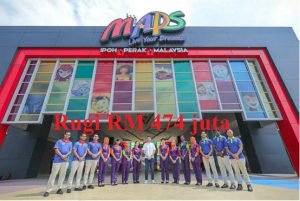 Then in the recent past we have an MB who thought he was smarter than the shysters who took his (our) money. They spin him a dream of Disney proportions and he bought it hook line and sinker. Now the money is gone – all RM400+ million and his dream-maker is sunbathing and sipping pina colada on the beach in the British Virgin Islands with a skimpily bikined nympho next to him.

A theme park is more than just a few rides and some  animations. Go to Universal Studios lah on lawatan sambil belajar and learn something but don’t bring your family with you.

If you don’t know anything about a business you can do two things (1) Don’t touch it. (2) Get a consultant to help you – a retired executive from Universal Studios or Disney – not one of those Con-Sultan our government is so good at picking.

“I don’t know anything about what went on. I am only the chairman” cried the ex MB.  The other guy who said that, cost us 2.6 billion!

I suppose we should get down on our knees to thank Allah that it’s only RM400+ million.

Who pays for his folly? Perakians!

You can say that that was the past – it’s the UMNO-BN mob.

We are now Malaysia Baru and the state is in good PH hands. 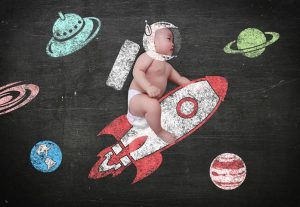 The MB who got his brand new airport idea knocked back; apparently has another card up his sleeve. Now he wants to take us to space! Fellow Perakians, I give you the “National Rocket and Aerospace Innovation Centre!”

I recall it was during Mahathir’s time that we created an astronaut – spending millions sending the guy to the U.S. for training etc. For what? We don’t have a space programme. We don’t need a space programme. We need better roads; bridges to remote kampongs; running water to long houses; electricity – better facilities all round.

Someone called on the “Master of Wasting Money” – Proton; cornering the tin market etc etc – to stop this guy wasting money is naïve or is it desperation? This guy has UMNO genes.

Why don’t our MB and his cohorts in the Ex-Co do something serious and beneficial for the state. Sit down and think what are the advantages Perak has over the other states. We cannot compete with the likes of Selangor and Penang – we are too far behind.

Sun Tzu’s “Art of War” should be required reading by all Ex-Cos – sorry lah; book no pictures ah. Learn that if you cannot fight with a bigger enemy head on you will have to fight where the terrain suits you.

I have always thought that Ipoh would make a great university town. It has little distractions unlike KL and Penang. Land is relatively cheap – if you can give land to this group to build this space centre  . . . why not to universities?

The education industry is much better than the smoke stack industries – leave those to KL and Penang.

Retirement homes is one – different from nursing homes. 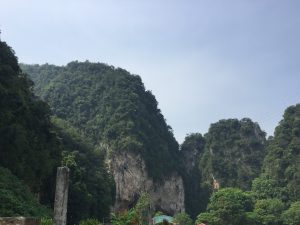 Develop our tourist potential – which we have plenty, and different ones, from the usual.

Why not use the money we are throwing away to give incentives to start-ups in Ipoh? With the right incentives young entrepreneurs will flock to Ipoh to start their companies.

We have a good example like Radica Software of Ipoh who did it without help from the State Government. Perak has many more talents in different fields. They need a handup. Think how much the RM400+ million would have done for budding entrepreneurs.

Projects aside; most of all politicians must not let these guys fill their heads with grandiose schemes that will cost us all. Faizal the whole world knows you do not have a degree but then this is not rocket science; it’s common sense. But truth is common sense is really not that common these days.

Hey if we have to tell you; then why are we paying you???