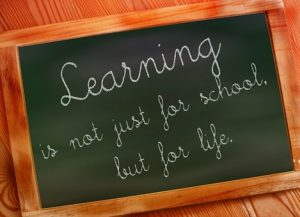 AN OPEN LETTER TO OUR ELECTED NEW GOVERNMENT PUBLIC SERVANTS

We, the rakyat, elected a coalition called Pakatan Harapan (PH) under a single banner led by a 92 year old statesman whom we have, at least, the most trust for to save this nation. This is a MALAYSIAN mandate. Do not forget that. You are all public servants. SERVE.

We did not elect you to squabble over posts and spoils of war. We want a reformed nation. Not the same politicking and sharing of spoils amongst politicians. We do not care which party you came from.

1. We have an economic catastrophe waiting to happen due to economic malfeasance over the last decade – financed by debt.

2. We have a corrupt, racialist religiously-bigoted civil administrative system to be dismantled and replaced.

3. We have today an ineffective education but instead a religious-centric education system that has been the source of extremist indoctrination of Malay-Muslim youths and populace over the last 2 decades at least. The result being, Malaysia is per capita the largest exporter of terrorist Islamic fighters in the world and sympathisers. And a large unemployable pool of graduates as product of our failed system.

Lets be honest in our euphoria of victory that the work ahead is difficult. To be honest, the economic problems, intractable as it looks, is the easiest to solve. That I have full trust in Tun, his brilliantly assembled Council and newly minted Minister of Finance.

The other two challenges could very well be almost impossible but if not solved will mean the utter destruction of our beloved nation.

It will take great political-will from your leadership to make hard decisions to drag some of you, not to mention the mostly entitled ketuanan bangsa and ugama Malay-Muslim populace kicking and screaming towards reforms.

2. We need to take out religious education and proselytising from the public arena. Religion must be a private matter and kept private.

In conclusion, as I had mentioned before, by 2050, seven of 10 Malaysians will be Muslims. We do not reform at our peril. Do we want our nation to be another failed Muslim majority country as everyone of them is, or do we want to pioneer one that is a model Malaysia – developed, wealthy, technologically superior multi-ethnic multi-religious nation fair to all.

We, the Malaysian rakyat will be watching and we will be calling you to account throughout your term. Mark my word, we and I are only starting.

We wish you all the best and before I forget – congratulations.

Thank you Siti for your open letter.