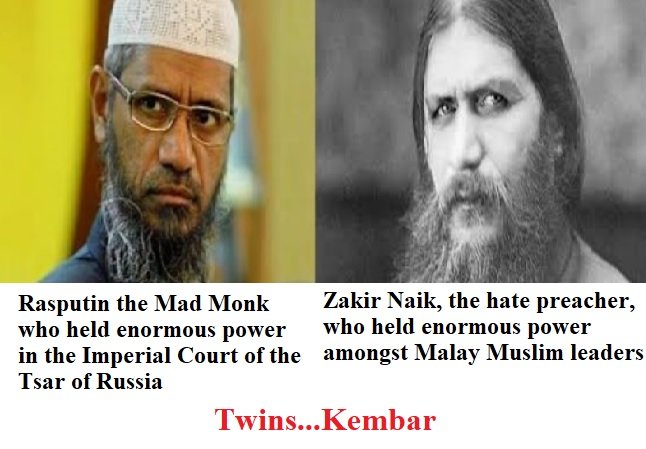 One person Zakir resembles is the monk, Rasputin, a Siberian peasant turned holy man, who captivated the empress of Russia.

Although held in high esteem by the tsar, in reality, Rasputin was a sex-crazed drunk, a money-making opportunist and divisive figure, hated by many in the imperial court. Both Zakir and Rasputin, with their peculiar charisma, ingratiated themselves to people of power.

Google Rasputin the Mad Monk of Russia, if you do not know about him….

Similarly, Zakir Naik has mesmerised many Malay Muslim leaders and has enormous influence in Malaysia…

He must be deported because he destroys the peace in Malaysia