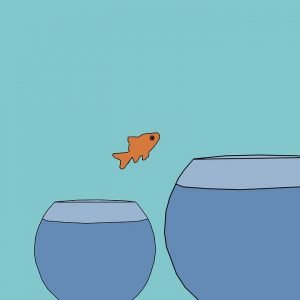 Yin stresses that our hope lies in politicians like Rafizi , Tony Pua, Gobind Deo and the other young turks. He would like to see the old guards relinquish power after one term and let the young, more idealistic and principled politicians take over. He wants an injection of new blood in a new PH Cabinet.

A hardened dissenter like Yin urges Malaysians to work with INVOKE and he tells us that with CHANGE, many things are possible.

The first step, to decide to change, is the hardest. What have we got to lose?

Yin: Whatever needed to be said about GE14 has been said.

There are those for UMNO/BN and those for PH. And there are the ‘dissenters’ (UndiRosak et al).

More dung has been flung than in any other elections I have witnessed. And this is because the UMNO (for once) fear that it may lose power. That would be disastrous for the PM and the others who have a lot to answer for. Maybe then Altantuya will see justice done. And Malaysians will HOPEFULLY  see a new dawn.

I say “hopefully” because I do not trust Mahathir further than I can spit. And I know a lot of people feel the same. I trust the old guards like Kit Siang only a little more. These are politicians of convenience not politicians of conviction. They will not bring about real changes which are good for the people  – only changes that is good for them and their party.

But a wise woman told me that while the urbanites can appreciate the arguments for the politics of principles and conviction, our rural cousins don’t.

In the longhouses and kampongs where “if one’s income is less than rm300 per month, and getting worse as there is no jungle to get jungle products to sell anymore, then RM50 goes a long way and for the tuai rumah (head of the longhouse – RM1500 which he is given is a king’s ransom.”

And she goes on to say “Once they have tasted change or rather found out that change is not that too difficult to achieve, then you try and work on them, and their minds, that they have to improve on the things that you have talked about – principles, integrity etc.”

All the thousands of words of PH supporters and members have spent slanging those who hold on to their principles means nothing. Don’t ask me to eat shit if you are prepared to. Don’t ask me to sell out and endorse Mahathir. These are  ignorant and arrogant people who think that those who are not for them are against them. All they do is make us more determined. 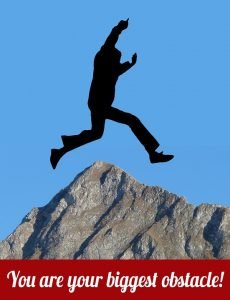 Even a hardened “dissenter” has now seen sense.

But when this wise woman puts it like that, even a hardened ‘dissenter’ can see the sense.  This is not an argument between those “pragmatics” (Machiavellians, in truth. They will sell out again and again if it suits them) and the “idealists” but a move to prepare the ground for the future.

Our future lies not with the ‘old guards’ who practise the old politics of bribery and threats and draconian laws – Mahathir is the past master of that. It’s not in a government who justifies the abuse of power “for the greater good”.

Our hope lies in politicians like Rafizi , Tony Pua, Gobind Deo and the other young turks.

I have said it before, I would like to see the old guards relinquish power after one term and let the young, more idealistic and principled politicians take over.

I would like to see at least half the cabinet comprise of new blood (should PH win).

For this reason I have decided to work with INVOKE

(and encourage others to volunteer) for CHANGE.

As the wise woman said, let the rural folks have a taste of what is possible and then they won’t be so afraid to change next time.

LET’S GIVE THEM AND OURSELVES THIS OPPORTUNITY TO SEE A NEW DAWN FOR OUR COUNTRY.