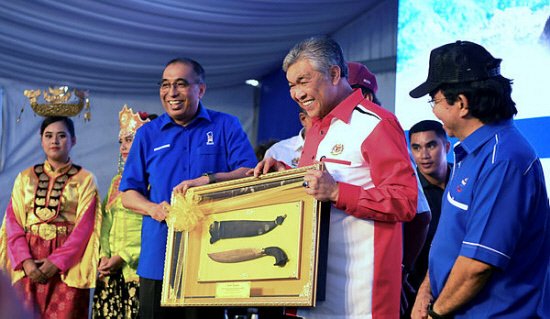 A gift from Keruak…or a warning?

Insider sources in Putrajaya, have revealed that Salleh Keruak, who became Malaysia’s Information and Communications Minister, in 2015, will be made Deputy PM. 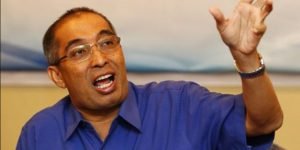 Political analysts claim that the Sabahan, who was the Speaker of the Sabah State Legistaltive Assembly from 2010 to 2015, has in the past few months, seen a meteoric rise in Umno-Baru.

Not a day has passed when Keruak has not been quoted by the press. He has sprung to the defence of the PM, Najib Abdul Razak, whenever the latter is criticised by  the Opposition, activists, and the foreign press.

He is more than an official spokesman for the PM. Of late, he has even been given the honour of representing Najib at many high society events and important political functions.

Tonight, from 8 to 10.30 pm,  Keruak is taking over Najib’s role as guest of honour, when he launches the first Hari Kartunis Malaysia (Malaysian Cartoonist Day), which opens at the Auditorium Jabatan Museum Malaysia.

Among the events organised is the panel discussion “40 tahun Majalah Gila-Gila (40 years of Mad Magazine) in which the panel will trace the history of cartoons and comics in Malaysia.

Cartoonists throughout Malaysia have been invited to celebrate “Hari Kartunis Malaysia Pertama”.

Naturally, the thorn in Najib’s side, Zunar, has been excluded from this event. 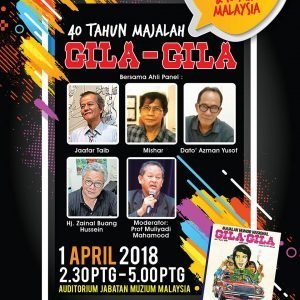 According to an aide in the PM’s department, Keruak is also acting as the middle man and cut-out, in Najib’s political dealings with his party divisional heads.

It is claimed that divisional heads know that Najib desperately needs their support, and they know that when he said, “Cash is King”, it signalled that they would demand more, for their allegiance.

By putting Keruak as the go-between, Najib has effectively reduced their ability to make unreasonable demands.

The same source said that the current DPM, Zahid Hamidi is seen as a threat to Najib. His close ties with the Malay triad, Tiga Line, do not sit well with the smart set in Najib’s social circle.

Another embarrassment for Najib is to hear Zahid speaking English on the international circuit. Najib is the product of an English public school, Malvern College, and is seen as a snob, by some people.

More importantly, Najib considers Zahid a liability. Between August and September 2017, it was allegedly reported that Jho Low could have easily been arrested as his ship, Equanimity had been sighted, just off the coast of Acheh. 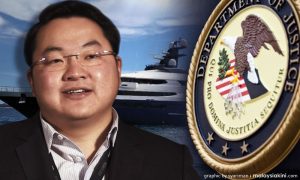 Both Zahid and Najib were eager to arrest Jho Low, to impress the rakyat with the seriousness of their desire to resolve  the 1MDB case. Naturally, it was a smokescreen; but they were prepared to make Jho Low the scapegoat.

The navy and Malaysian coastguard were about to sail towards Equanimity, when an excited Najib, sought reassurance from the self-styled First Lady of Malaysia (FLOM) and was told in no uncertain terms, that the move to arrest Jho Low would backfire.

A visibly irritated FLOM told Najib that he should drop the idea immediately and also sack the DPM, whom she said, “… Zahid cannot see beyond the top of his nose, moreover, he sounds like and acts like a thug. Are you not the PM?”

The rakyat waits with bated breath, to see if Salleh Keruak will indeed be promoted to DPM, but according to the insider, Zahid has got wind of the move to oust him and is trying to convince Najib’s cousin, Hishammuddin Hussein to support him, by emulating Najib’s tactic, “You help me, I help you. ” According to the insider, Najib considers Hishammuddin to be a weak politician and not dependable.

Will Keruak become DPM or will Zahid hang on to his position? Malaysians await the outcome of this battle behind the scenes in Putrajaya.

Editor’s note: It is now 12 noon and time to say that I hope you enjoyed my April Fool piece…please look for my other April Fool article, which has been published in a printed Malaysian newspaper.