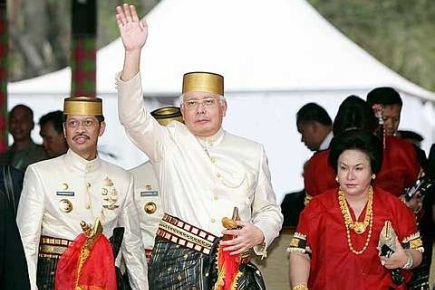 So former PM, Mahathir Mohamad, is not a Malay – ethnically speaking that is. Malaysians have known this all along.

We did not need Zahid Hamidi to tell us that. The only one who did not want to know was Mahathir himself. Why he sought to hide his ethnicity  or at least not openly admitted it, only he himself knows. He could have ended this debate of his ethnicity hanging over him, if he had openly declared his roots. But he probably feared he would lose votes.

But if Mahathir is not Malay, neither is Zahid or Najib Abdul Razak, but at least they did not try to hide their roots.

Come to think of it, how many Malays are indeed ethnic Malays and not Javanese, Bugis, Mandalings, Sundanese, Betawi, Achenese, Boyanese or any of the 300 ethnic groups in Indonesia. Malays are a very small ethnic group in Indonesia. It stands to reason then that the bulk of the immigrants from Nusantara are not Malays.

The Malay is a political construct

While in Indonesia, Malay is anchored in ethnicity, in Malaysia it is a political construct.

From the inception of Malaya, it was politics that dictated the definition of  ‘Malay’ to include anyone who “speaks Malay at home, follow the Malay custom and is a Muslim”.  In one stroke of the pen this included the Pakistanis, Indian Muslims etc.

Mahathir speaks Malay (eloquently – no one has reported hearing him speak Malayali), follows Malay customs (he dresses like a Malay – never seen in an Indian attire ) and is a Muslim. So technically he is a Malay.

But before we condemn Zahid as if he is the only name-caller we should remember that many of Mahathir’s friends in PH also once called him Mamak, Mahafiraun etc., and none of the present people who condemn Zahid in the media, murmured a protest.

Like it or not, name-calling has always been part of the political culture in Malaysia as far as I can remember.

What is of more concern than the political incorrectness of this name-calling, is the underlying racism behind it – the racial discrimination that afflicts our country.

This issue of race once directed at the more obvious targets – the Chinese and Indians –  by UMNO, is now focused on their fellow Malays who are their political enemies.

But if Mahathir is not Malay, neither is Zahid Hamidi, who openly confessed to Javanese roots  and Najib who proudly declares himself Bugis – hence Bugis Pirate, a reference to piracy which was the stock in trade of the Bugis; not that he is involved in piracy. He is allegedly involved in worse, if the 1MBD saga is counted.

This “Malay” falling out is a blessing for the country.

One, it has at last exposed the ridiculous hypocrisy of racial politics;the pointlessness of it when most cannot claim true Malay ethnicity.

Second, it shows that a non-Malay can also be prime minister of the country –Tunku, Hussein Onn, Badawi and Mahathir have set the precedent.

Third, now that this is out in the open, we should discuss it and be frank about it and get it out of our system, so that in future, someone like Zahid cannot demand the Chinese go back to China and the Indians to India, in case they be asked to go back to Indonesia.

We have all made Malaysia our home and no one has more right to stay than another.

And if a non-Malay is not allowed to be MB or PM he has the right to ask why not? If a Malayali can, if a Malay-Thai can or even a Malay-Chinese mix can, why not others? Why indeed!

When we get this out of the way, we can focus of delivery, on getting the best talents to govern our country etc, to be truly 1Malaysia and not just an empty slogan.

If that is the case then Zahid has unwittingly done the country a favour. Mahathir can second the motion by declaring that he is of Malayali roots – So what???